Welcome to the Anglo-Swiss Club of Locarno!

The Anglo-Swiss Club of Locarno (ASCL) was founded in 1934 to promote good relations between Swiss and English-speaking people. 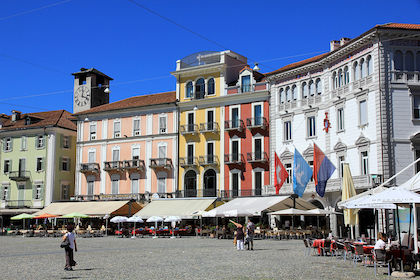 The ASCL is mainly a social club, which helps people meet each other, enjoy each other’s company and, most importantly, speak English, the language of the Club.

The ASCL does this through a programme of several events from September to June each year. Rather than specialising in any particular type of activity, the ASCL tries to give it's members as wide a choice of activities as possible, In September the club year launches it's activities with a fabulous opening dinner. At Christmas we organize a traditional afternoon tea with all the trimmings and musical entertainment. In between we celebrate Halloween, enjoy Fish & Chips and morning coffees. We have outings and walks as well as a great lecture programme. We try to hold events within a reasonable radius of Locarno, rather than going farther afield.

The Club also has its own library of books in English. The library is run by volunteer members and is open on coffee mornings during the Club season.

The Club is open to members from all backgrounds and ages, and the only two conditions of membership are to be socially congenial and have a reasonable command of English.

We try to combine the best of Swiss and Anglo cultures - the good organisation and frugality of the Swiss with the more relaxed, less formal Anglo approach.

The Club operates in conjunction with the English Film Club of Locarno, which has a programme of 10 films from October to March. 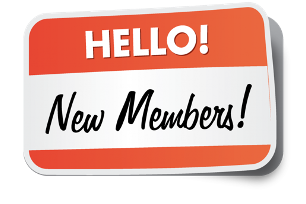 Before we have our summer break in June, July and August

(In 2020 and 2021 we wanted to take advantage of the few possibilities we had to socialise so we did not have any summer breaks) we have put together a nice selection of club activities and we encourage you to participate.

Our club has acquired many new members in the past two years. This is indeed very promising. We were quite active with our PR activities and we were mentioned several times in the local newspapers.  We have attached an updated membership list.  We encourage all our members to participate in the club activities! Participation is the best way to meet and make new friends.

As you all know we do not send out any personal information regarding our club members unless the member or the family has granted permission to us.

Many of you will have met Michael Roskothen. His heart condition suddenly deteriorated and Michael passed away peacefully whilst being cared for in hospital. We received the sad news from Michael's daughter Vanessa who also asked us to inform the club members. Our thoughts and prayers are with Vanessa and her family as they deal with the loss and absence of their father.

I look forward to meeting you at our various events.

For the members who registered their interest in the activities "Mah Jongg" and basic "chinese cooking class" (Dumplings). We will be in touch with you directly regarding the dates and the location.  Dates most probably end of May beginning of June.

Let us try to leap into spring even if the daily news on the current situation is not really a morale booster. But did we even have winter? With our club activities we do try to bring on some brighter days and to lighten the mood.

Our first coffee morning in our clubroom was a great success. Over 40 members attended and thanks to the generosity and hard work of some of our club members the clubroom was decorated and the table was laden with goodies!

At 9am we had a bit of a panic attack as our coffee machines decided that they did not want to perform their duty! After two years of retirement they had no wish to get back into "work mode". Two members dashed back home and collected their own machines - morning was saved! We would also like to thank our club members for their very generous donations. We collected Fr. 1000. -- (One thousand) which we donated, in the name of the Anglo-Swiss Club Locarno, to the UNHCR, United Nations High Commission for Refugees. 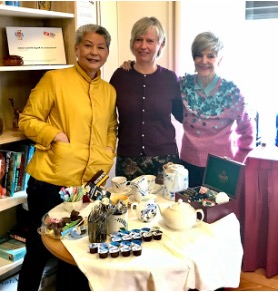 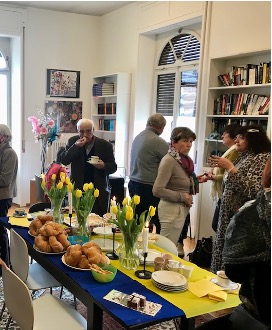 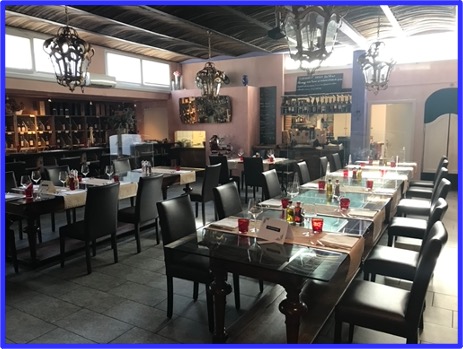 The cost of the menu is Fr. 54.-- per person excluding beverages.

If you require a vegetarian option please let me know so I can inform the Bottega.

Please register: This email address is being protected from spambots. You need JavaScript enabled to view it.

First come - first served! There is room for 40 members!
The committee and I look forward to welcoming you! 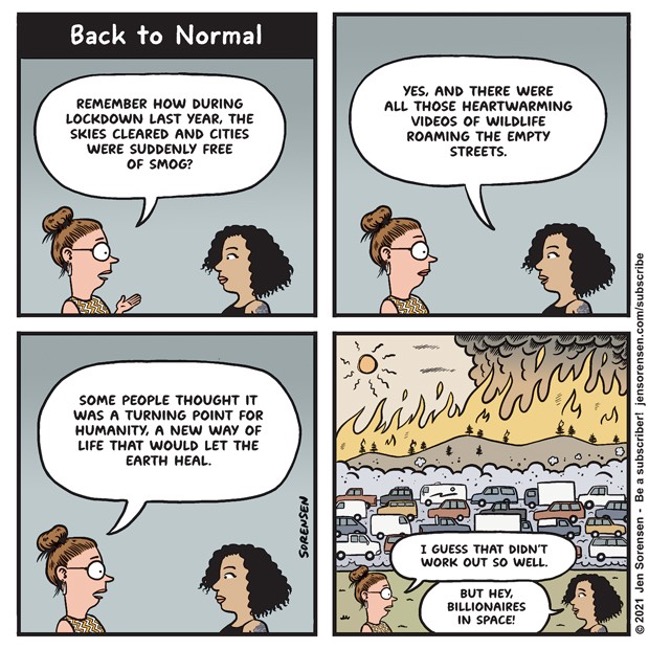 ... Suddenly all is back to normal?

Our policy during the last 23 months has been "Health and Safety first". Our current policy remains the same but we have added, "tread softly, be vigilant and do not get carried away".

We invite our members and especially our new members who have never seen our clubroom to join us for coffee or tea with croissants, or you might even prefer a Prosecco with some nibbles. The clubroom will be cleaned and disinfected prior to the event. It is not necessary to register! Coffee contribution is Fr. 3. --. Larger donations are more than welcome - THANK YOU! 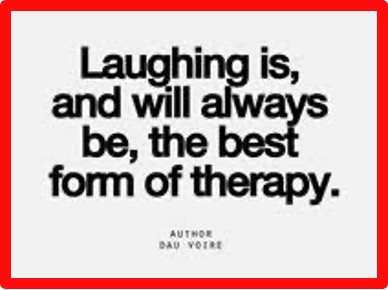 Most of you know that I do love a good quote. Browsing through my personal collection I found the quote about "Laughing together" and it made me reflect on all the special moments we spent together during the many club events. Yes, we did laugh together and I am sure that this helped many of us get through some tough moments.

As my last President's report was written in May 2021 and we then decided that we would change the club and financial year to 1 January-31 December, which does make more sense, I have asked myself what should I report?

I thought about writing about the impact of the pandemic on our club and then I realized that, as a matter of fact, our club sailed through the last two years magnificently!

Browsing through our attendance book I realized that between 35 - 50 club members attended most of our events! Amazing! 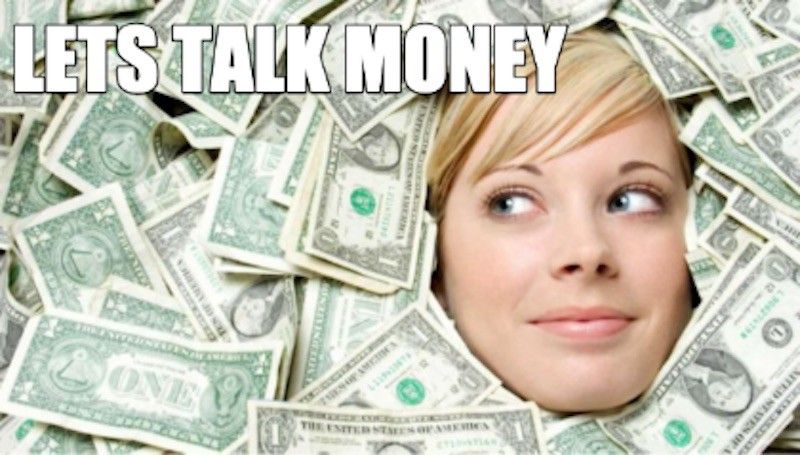 Over the last three years we have received donations which have enabled us to refurbish our clubroom, subsidize many events and generally contribute to the wellbeing of the club and the members. We would like to thank our generous sponsors for their contributions.

We gifted our members  in 2021 with a voucher for Fr. 50.-- from Gastro Ticino, therefore refunding a great part of the membership fee from 1 June 2020 - 31 May 2021, as we were not sure that we could offer any events during the pandemic in 2021. This was not the case and on the contrary our activities actually increased! We decided not to request a membership fee for the remaining months of 1 June to 31 December 2021. Our club year used to be 1 June - 31 May and we have now changed it to  1 January - 31 December.

Thank you for your understanding and your support of the Anglo-Swiss Club Locarno!